What is an Aggravated DUI? 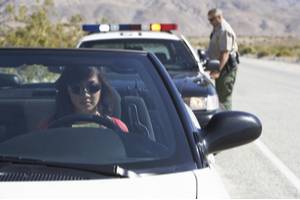 A driving under the influence charge, or DUI, is a serious crime in the state of Illinois. A person can be charged with a DUI if they are operating a vehicle with a blood-alcohol level of 0.08% or higher, or are otherwise impaired by substances. Typically, a first-offense DUI is a Class A misdemeanor, which can result in up to a year in jail or $2,500 in fines. However, the consequences for a DUI increase for a variety of factors including repeating offenses, injuries resulting from a DUI car accident, or if there were minors in the vehicle at the time of the DUI. A DUI charge coupled with one of these factors could lead to an aggravated DUI charge.

Many different factors can lead to a DUI charge becoming amplified into an aggravated offense. Aggravating factors include:

How Do The Charges Differ For an Aggravated DUI?

After a person’s first DUI charge, it is generally assumed that the consequences that followed would help them understand the gravity of their offense. Second and subsequent DUI convictions are punished by heavier penalties. A third or fourth DUI charge is a class 2 felony. A fifth DUI is a class 1 felony, and a sixth DUI is a class x felony. Typically, repeat DUI charges lead to a person’s driver’s license becoming suspended or revoked for long periods of time.

A second DUI charge with a minor (under 16) in the vehicle is a class 2 felony. If a car accident occurred while a driver was under the influence of drugs or alcohol, they could be charged with a felony depending on the injuries sustained by the victim. If a victim is permanently disfigured or severely injured, the faulty driver is at risk of being charged with a class 4 felony. If the DUI car accident results in death, the driver may face a class 2 felony charge.

Felony charges are numbered to describe the severity of the crime as well as the consequences that may follow. Illinois has five different felony classifications:

If you are facing DUI or aggravated DUI charges, our DuPage County criminal defense attorneys are here to help. At Aldrich & Siedlarz Law, P.C., our attorneys have years of experience representing clients in criminal defense cases, including DUI charges. We understand that these charges could be severe and impact your future. Call us today at 630-953-3000 to schedule a free consultation. Attorney Marlene Siedlarz speaks fluent Polish.