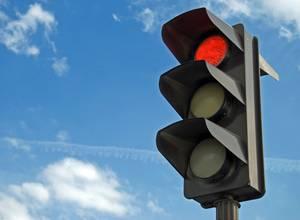 Red light runners cause thousands of injuries and hundreds of fatalities each year. According to the Insurance Institute for Highway Safety, 137,000 people were injured while 771 lost their lives in accidents that involved red light runners in 2015.

More than 50 percent of those that were killed were pedestrians and people in other vehicles who were struck by red light runners. Unfortunately, drivers often run red lights without thinking it is a big deal. Three of the most common reasons for red light running include:

In Illinois, all drivers have a legal obligation to come to a complete stop at red lights. This holds true even when they are turning right on red. Drivers can receive a red light ticket if they fail to stop at a red light or enter an intersection on a yellow light, but fail to clear the intersection before the light turns red.

Fortunately, there are several ways you can prevent red light running. First, make yourself aware of red and yellow light laws. Next, adhere to the posted speed limit and leave early so that you are not tempted to speed and run a red light in order to get to your destination on time. Lastly, avoid distracted driving and always keep your eyes on the road.

If you have run a red light and received a ticket, you should reach out to Aldrich & Siedlarz Law, P.C. We are fluent in Polish and will make sure your rights are protected. For a free consultation, call our Lombard traffic law attorneys today at 630-953-3000.