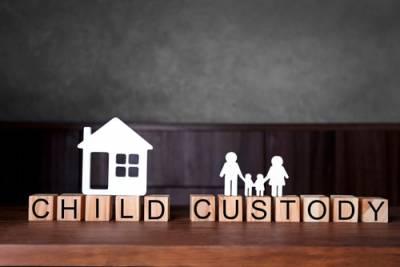 Every single year, thousands of Americans make the difficult decision to pursue a divorce. A divorce can be incredibly emotionally challenging, especially for children. In many divorces, children must grapple with the fact that they will likely have one sole custodial parent while another parent may be granted some visitation rights. Having to virtually say goodbye to one parent can be incredibly traumatizing to a child. Because of this, the state of Illinois recently updated their child custody laws, in an attempt to seek solutions that are more conducive to child development. Below we will touch on the legal changes and how you can ensure you will remain an important part of your child’s life.

Changes to Custody Language in Illinois

Due to the fact that the state of Illinois puts the child’s best interest first when it comes to issues of child custody, it should come as no surprise that recent legal changes have further offered a chance for both parents to remain an integral part of the child’s life. Due to alterations made in the Illinois Marriage and Dissolution of Marriage Act, custodial privileges are no longer defined by concrete terms such as sole-custody parents. Now both parents are awarded some level of parental responsibilities (barring concerns over the child’s health and wellbeing).

It should be noted that both parents are unlikely to be awarded the same share of parental responsibilities. As the judge makes the decision on who will be the parent with the most parental responsibilities, they will consider the needs of the child first and foremost. It should also be noted that recent changes in the Illinois Marriage and Dissolution of Marriage Act have made it more difficult for the primary parent to relocate their child away from their former residence. This enables both parents to maintain their employment and maintain a part of the child’s life.

When a judge is deciding on who the primary parent will be, they will consider the engagement level of the parents, the respective dwelling situations, and the demeanor of the parent. In order to ensure that you will be given a significant amount of parental responsibility, it is critically important to hire an attorney you can trust. At Aldrich & Siedlarz, P.C., we are prepared to present the judge with compelling evidence stating why you should be given significant parental responsibilities. To schedule a complimentary consultation with a skilled Lombard family law attorney, call us today at 630-953-3000.