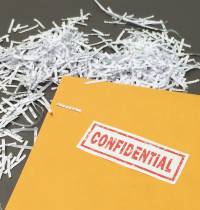 It's a new year, why not start 2016 with a fresh start? If you have been previously arrested, charged, or even convicted, you may be able to clean up your criminal record by filing a Petition to Expunge or a Petition to Seal your criminal record. A criminal history can cost you a job, admission to college or can have other negative consequences on your life and future. The process of Expungement entails petitioning the court for the entry of an order directing law enforcement agencies to destroy or return to you all documents related to a prior criminal arrest and/or charge. The benefit to expungement is that employers, colleges, universities, and the general public will no longer be able to see that old arrest or criminal charge.

Expungement is generally available to defendants who either: were arrested and released without charges; were acquitted; were placed on supervision; or had the charges against them dismissed. No matter the disposition, in order to be eligible for expungement, you must not have any criminal charges pending and you must not have any prior convictions on your record. Additionally, certain crimes are not eligible for expungement, including sex offenses, DUI, and Reckless Driving. Expungement generally applies only to prior misdemeanors. However, certain felony drug offenses can be expunged if you were placed on a special form of probation.

A Few Things You Need to Know About Police Interrogations

Did you know that police officers can and will mislead you during police interrogation in an attempt to obtain a confession? They can tell you that your DNA was found at the scene of the crime (even if it wasn't) or that eyewitnesses have already identified you (even if no one has). They can even tell you that if you cooperate, they will lessen the charges against you or drop charges altogether, even when they have no intention of doing so.

Should You Have Plead Guilty?

When you are charged with a criminal offense, whether it is a misdemeanor or a felony, you might feel like you have no choice but to plead guilty, especially if you are not represented by an attorney. Sometimes, pleading guilty is the best option for you given the strengths and/or weaknesses of your case and the offer extended by the prosecutor. Sometimes fighting the charges at trial or through pretrial motions is much more advantageous.

It is important to fully understand any offer extended to you and all of the consequences of pleading guilty to a particular offense before you plead guilty. For instance, pleading guilty to almost any offense will likely have some immigration consequences if you are not a citizen of the United States. For certain misdemeanor traffic offenses, such as DUI and Driving While License Suspended, a plea of guilty often leads to a suspension or revocation of your driving privileges.