Does Illinois have a Lookback Period for DUIs? 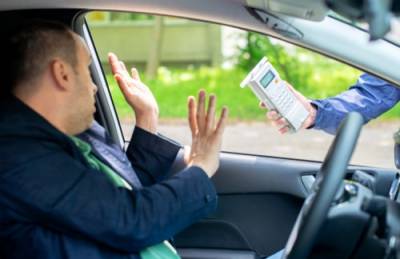 The charges a person will face when they are accused of driving under the influence will largely depend on their prior criminal record. Specifically, any prior DUI convictions the accused has on their record will be considered. However, the courts will only look back on a certain period of time when determining the sentence for someone convicted of a DUI. This is known as the lookback period.

Typical time frames for loopback periods in other states are five to ten years, and when a person has a DUI conviction that occurred before that period, the court will not consider it. So, does Illinois place a lookback period on DUI cases?

Illinois Does Not Have a Lookback Period

Unfortunately, Illinois does not place a lookback period on DUI cases. This means that when a person is convicted of driving under the influence, that conviction will remain on their driving record, which is permanent. It also means that the prosecution can charge a subsequent DUI and sentence a person to harsher penalties even when the prior DUI happened more than 10 years ago.

Still, the court will usually consider the amount of time that has passed between the prior and current convictions when making sentencing decisions. Due to the fact that Illinois does not set a lookback period on DUI cases, it is extremely important to work with a DuPage County criminal defense lawyer that can help you keep blemishes such as DUIs off of your permanent driving record.

The length of time in between DUI convictions will affect a person’s sentencing, regardless of how much time has passed since a prior offense. However, the length of time a person will lose their license is also affected when someone has a prior DUI on their record.

Under Illinois’ implied consent laws, you will also lose your license if you fail or refuse a breath test. This is yet another reason to always work with a criminal defense lawyer when you have been charged with a DUI. A lawyer will not only help you fight the charges but can also help you get your license back.

Call Our Illinois Criminal Lawyers for Help with Your Case

If you or someone you love has been charged with a DUI, a strong defense is critical. At Aldrich & Siedlarz Law, P.C., our skilled Polish-speaking DuPage County criminal defense lawyers know the defenses available that will help you keep your driver’s license and more importantly, your freedom. Call us today at 630-953-3000 or contact us online to schedule a free consultation.