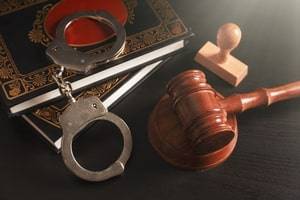 The Accused Has an Alibi

One of the strongest defenses against a robbery charge is that the person accused was not in the area where the crime was committed. If a person can prove they were somewhere else when the crime took place, it is a significant defense and one the prosecutor would have a hard time proving “beyond a reasonable doubt.” There are a number of ways that a person can prove their alibi, such as cell phone tower records, witness testimony, credit card receipts, and video footage.

A prosecutor may present pieces of evidence that they say proves that the accused committed the crime. It is the job of a defense attorney to poke holes in each piece of evidence that is presented to the jury. For example, the attorney may be able to throw doubt on the credibility of the police investigation, such as introducing evidence that police searches were done illegally.

The Accused Had Authorization to Enter the Property

Sometimes the defense to the crime may be proving that what the person has been accused of is a more serious charge than what they actually did. For example, the law says that a person has committed robbery if they entered a property without permission with the intent to commit a crime. The crime of theft, which is a less serious charge, is the taking of property from a place that the accused was allowed to be in (i.e. allowed to be in a retail store but committed an act of shoplifting). If the attorney can prove that the accused had permission to be in the location, the offense would be theft and not robbery.

If you have been accused of a property crime, do not attempt to fight the charges on your own. A conviction could have a negative impact on your future prospects for work, education, and even housing. Contact Aldrich & Siedlarz Law, P.C. at 630-953-3000 to schedule a free consultation with one of our skilled Lombard, IL property crimes attorneys and let us begin building your defense today. We offer legal services in both English and Polish.