Can You Get a DUI Charge for Marijuana Use? 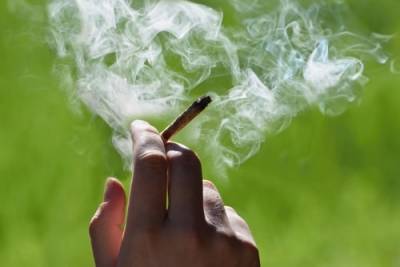 Yes. Driving under the influence includes more than being intoxicated by alcohol. The law also prohibits driving under the influence of drugs, including marijuana. Although Illinois has decriminalized recreational marijuana use, some people wrongly think they can toke up behind the wheel. Unfortunately, as our DuPage County DUI attorney explains below, you can face some serious penalties.

What Is a Cannabis DUI?

A cannabis DUI is the unlawful operation of a motor vehicle while under the influence of cannabis. Under 625 ILCS 5/11-501.2(a)(6), you can be charged if you have the following tetrahydrocannabinol (THC) levels within two hours of driving:

You can also be charged if you have less of these amounts, so long as you are rendered incapable of driving safely.

When Will an Officer Stop for Suspected Cannabis DUI?

An officer generally needs probable cause to stop any vehicle on the road. As with alcohol DUIs, an officer will look for traffic violations or unsafe driving, such as swerving on the road. Someone speeding or passing illegally can also be stopped.

As the officer talks with the driver, he or she might notice the signs of being high, such as a lack of concentration or a “drugged” appearance. The officer might also smell marijuana or see it sitting in plain sight, such as on the dashboard.

Must You Take a Field Sobriety Test?

The officer will probably request that you do. An officer is checking your balance, reflexes, and coordination. Field sobriety tests are highly subjective. Even many completely sober people cannot walk in a tight straight line or balance on one foot for any length of time. If you refuse the field sobriety test, your license will be suspended.

Currently, breath tests cannot detect THC in your system. However, the officer could call a drug recognition expert to the scene. This person has training that helps him identify those who are impaired by drugs. You might also be given a blood test at the station.

How Steep Are the Penalties?

They are every bit as steep as those who are arrested for being impaired by alcohol. As an initial matter, you will automatically lose your driver’s license, though you can request a hearing to fight. This suspension occurs even if you are ultimately acquitted of the DUI charge. The purpose is preventative—to keep you off the road since you are suspected of driving while impaired.

If you are convicted in a criminal trial, the penalties will depend on how many prior convictions you have:

Some defendants receive enhanced penalties because there are certain aggravating circumstances such as someone seriously injured in a crash or the presence of children in the vehicle.

Those arrested for cannabis DUI should remember that an arrest is not a conviction. We have had success representing clients in administrative hearings and in the courts. To speak with a Polish-speaking Lombard criminal defense lawyer, schedule a free consultation with Aldrich & Siedlarz Law, P.C. by calling 630-953-3000.